Turkish Republic of Northern Cyprus (TRNC) is located 65 km south of Turkey, on the third largest island in the Mediterranean. Cyprus has always been a center of attraction for all periods of history due to strategic, political, and commercial reasons and it has opened up to the world as an important destination of tourism with a significant increase in the number of foreign tourists and five-star tourism investments. There is much to discover in Northern Cyprus, the 3rd largest island in the Mediterranean. Cyprus has become the ideal holiday destination for families and couples of all ages, with its charming Mediterranean landscape and beaches. Cyprus is ready to be your heavenly living space with its climate suitable for holiday throughout the year, its magnificent nature, endemic plant and animal species, golden sand beaches reminiscent of tropical islands, and its culture and history. 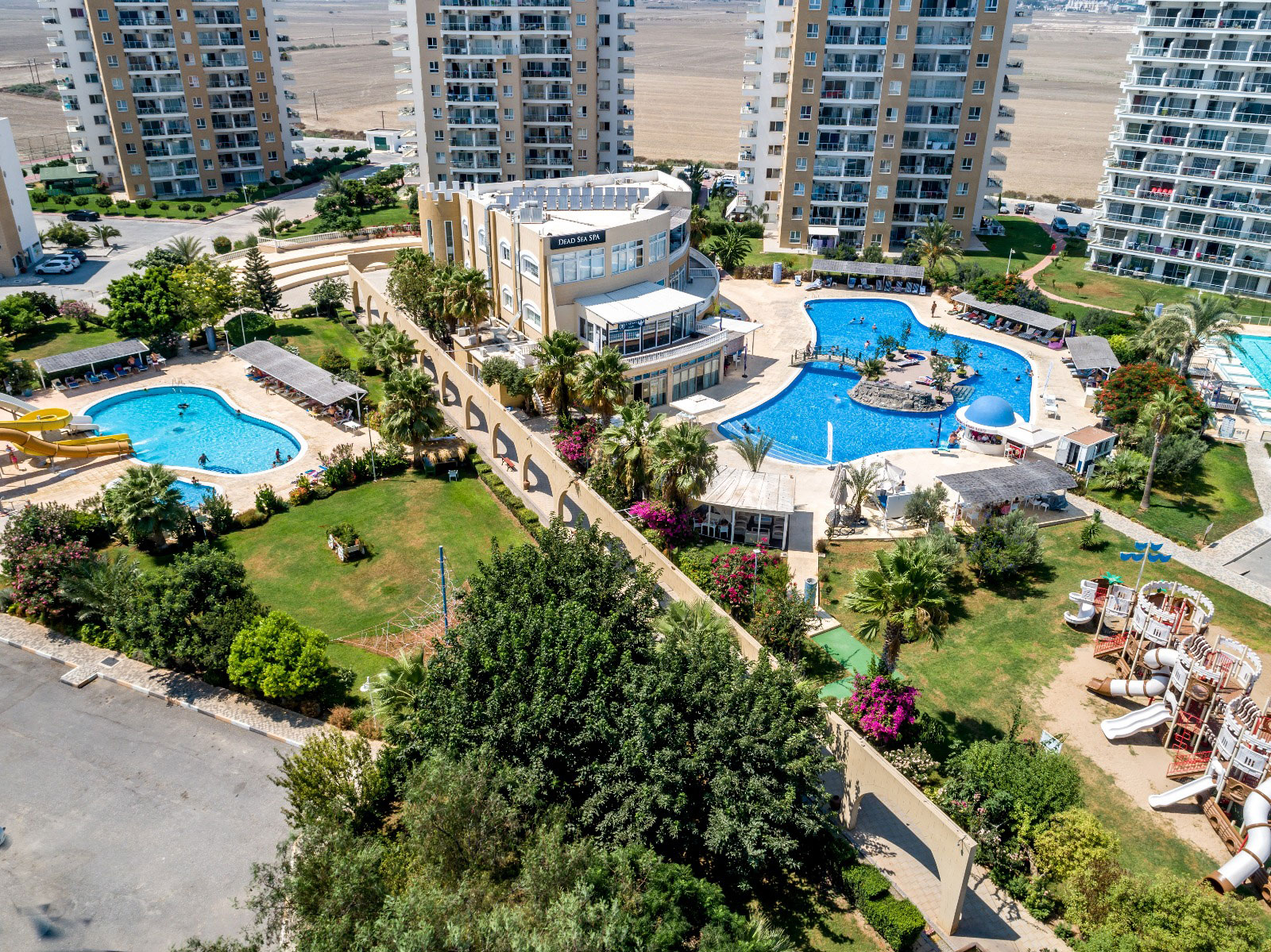 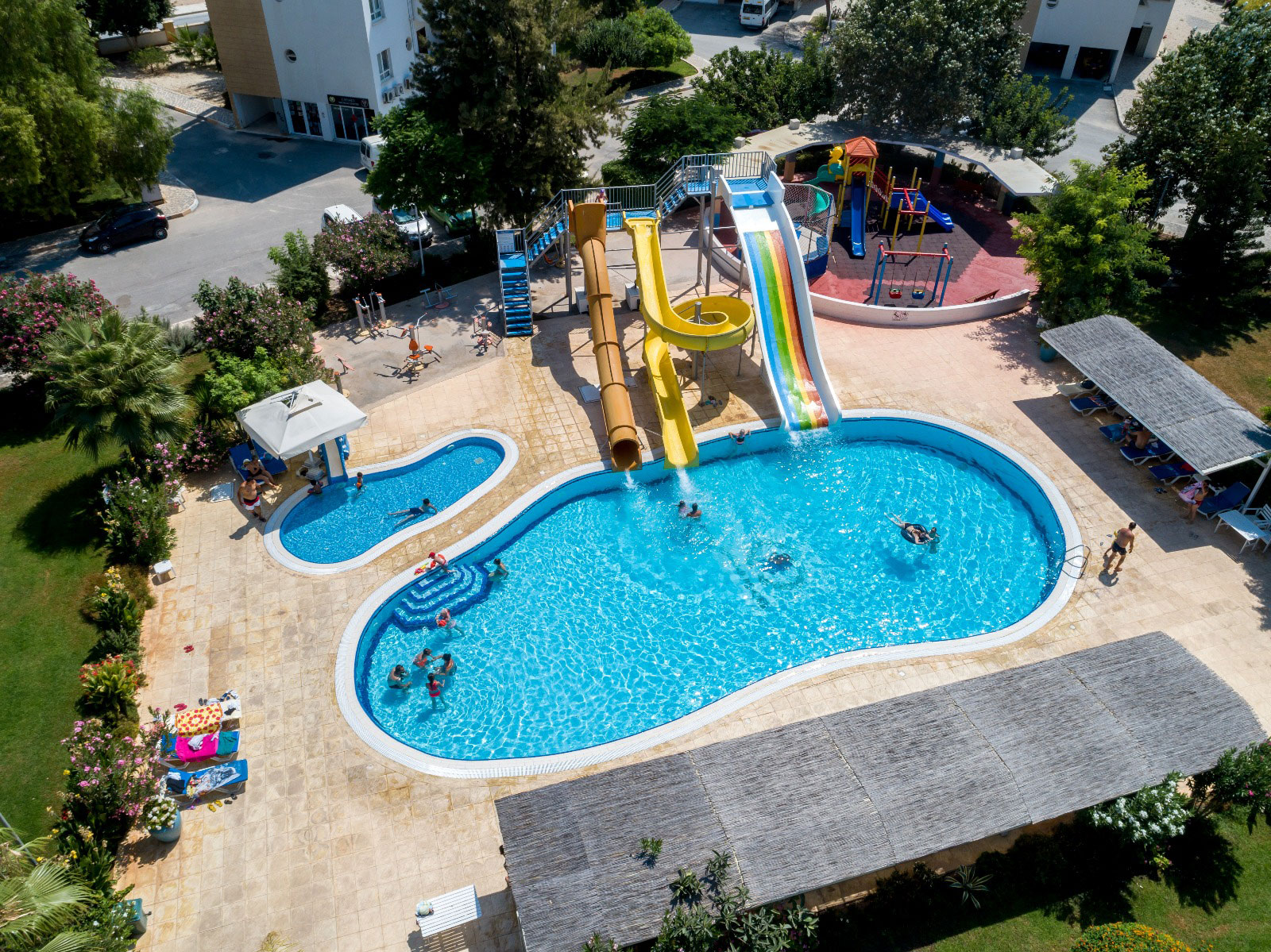 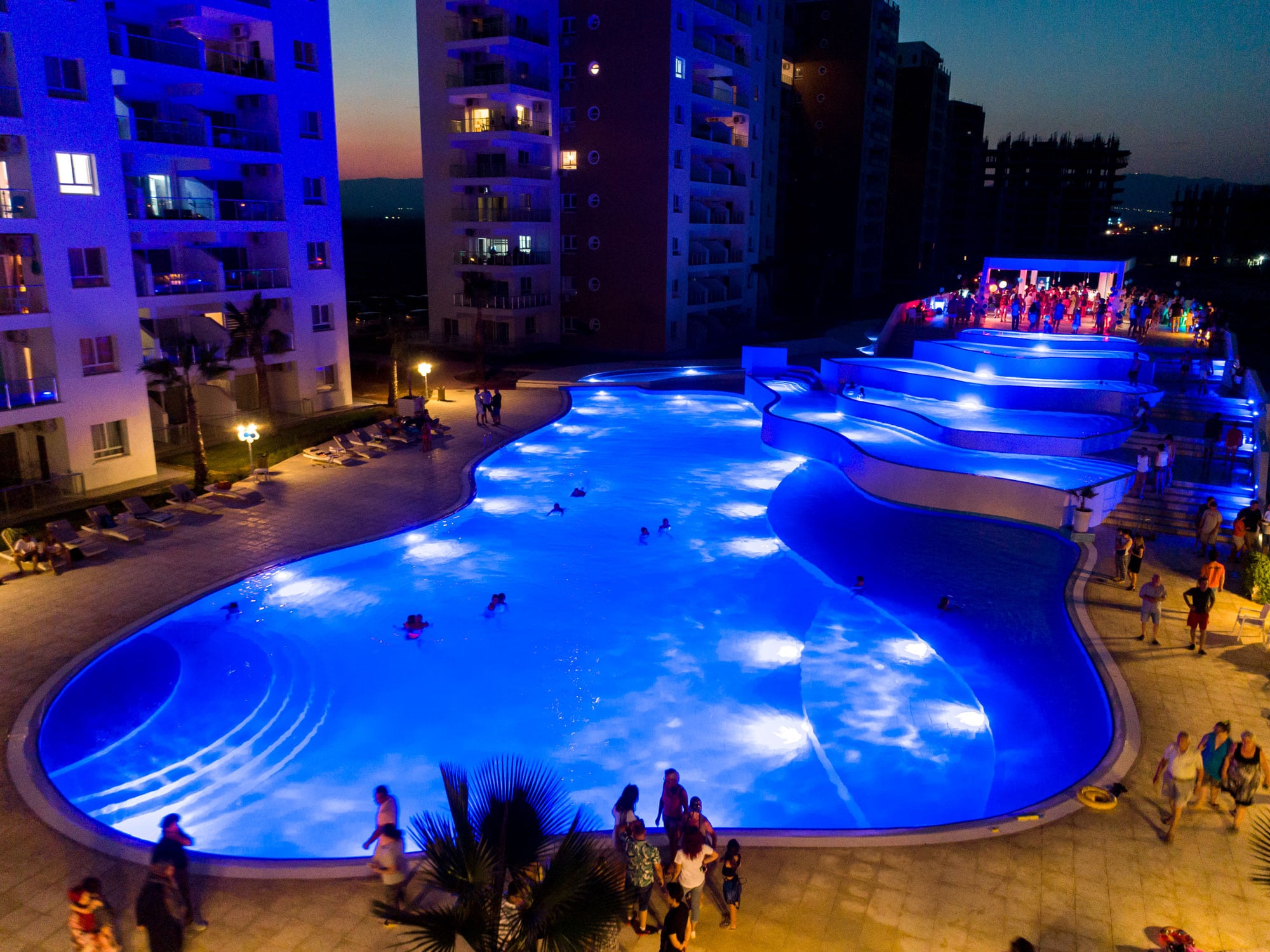 The island of Cyprus is home to a rich history from ancient times to the 18th century. The island, which hosted western civilizations during the Middle Ages and the Greek, Egyptian, Assyrian and Persian civilizations in the earlier periods, drew British intellectuals' interest in the 18th century. Y.Y.’ın sonlarında İngiliz entellektüllerinin akınına uğramıştır. Some of the famous people who lived on the island are French poet Arthur Rimbaud, comedian Peter Sellers, and David Bowie. British, German, French, Italian, and American inhabitants of Karaman (Karmi) village in the north of the island still follow in their ancestors' footsteps. Cyprus, which is a peaceful island that enables the community of all nations to synthesize and live in happiness, continues to be the meeting place of civilizations, as it has been throughout history.

With Bellapais Abbey, a mystical structure built by the Lusignians, where nuns in white cloaks roamed the corridors once upon a time, with the castles of St.Hilarion, Kantara, and Bufavento, located at the highest points of the island, and with Salamis ruins, Cyprus has long-standing history.

On the pier, the pearl of tourism in the island, it is possible to come across traces of all civilizations from the Lusignans to Venetians, from the Ottoman Empire to the British. Northern Cyprus is also home to several archaeological remains including castles, theaters, palaces, villas, and numerous mosques, bathhouses, forts, and inns from the Ottoman period.

Cyprus also stands out with investments in education. There are 23 universities currently operating in the Turkish Republic of Northern Cyprus. These universities attract students from all over the world. The student population positively affects the real estate sector and contributes to the continuous appreciation of real estate

Northern Cyprus has a very hot and dry Mediterranean climate where the summer lasts from April to October. It is warm and rainy from November to March. Beaches in Northern Cyprus are the most natural and cleanest beaches of the Mediterranean. The average water temperature is 24 °C between May and October.

With its long-lasting summer period, unspoiled nature, and historical structures, Cyprus has a tourism potential that is growing and developing every year. The demand of buyers from all nations who visited the island for holiday purposes and decided to settle for its charm has revived the housing projects in the last 5 years with increasing investments with 10% - 12% profit margins. The housing projects, which started to be active in 2012 especially in the Pier region, have had difficulty in meeting the demand this year. The increase in real estate investments in almost every part of the island has reached a significant point.

The fact that the rental depreciation periods of real estate investments in Northern Cyprus is attractive constitutes one of the main reasons that attract the attention of investors to the island. For example, in a global city such as Istanbul, whose population increases significantly each year, the minimum rental depreciation period is 17-25 years, while this period varies between 8-12 years in Northern Cyprus. This situation offers very profitable outcomes for investors who get the return of their investment in a short time.

The capital and the most populous city of Northern Cyprus. The city, which is surrounded by walls, still preserves its original architecture. So the city still lives with its history. Nicosia is the cultural, commercial, industrial, and transportation center of Cyprus. The walls around Nicosia with a length of 5.5 km are among the architectural structures that make this city important. You can also visit various museums in Nicosia

The city is located by the seaside, at the foot of Beşparmak Mountains. The coast offers unique sunset views on one side and mountain view on the other. Kyrenia, a historic port city, is the most popular tourist destination on the island. Famous for its elegant nightlife, dazzling hotels, unique beaches, Kyrenia is a city where night and day life flows with famous clubs and concerts going on throughout the summer.

Located on the north side of Cyprus, facing Turkey. It is actually known as the Karpas Peninsula. It is a city with many Turkish and Turkish-Greek mixed villages and is less developed than in other cities. It has unspoiled beauty with a golden-sandy beach and wonderful sea. This place is famous for its wild donkeys and you can also see Carette carettas.

Famagusta is a port surrounded by city walls of medieval European architecture with traces of several civilizations. The most beautiful coastline of the island is also here. Since the University is very close to the city center, it has become a student city. Salamis Ancient City and Suriçi are among the most important historical architectural sites to visit. In addition, the area called Closed Maras, which was once the stomping ground for world-famous people and one of the most popular places in Cyprus with its culture and tourism, has been closed to settlement due to the agreements after the end of the war in 1974. It is reportedly forbidden to enter there or even to take photos. Today, it is known as the "Ghost Town".

Famagusta is a port city surrounded by walls. The city, where the life continues within the walls even today, has succeeded in preserving the medieval European architecture to the present day. Famagusta, one of the three largest settlements in Northern Cyprus, has traces of many civilizations. The ancient city of Salamis next to Suriçi reflects the historical depth of the city. The city, which is famous for its beaches just at the city center, has the highest student population of Northern Cyprus

A nostalgic city center with a church (St. Mama Church) in the greenest part of Northern Cyprus crowned with citrus trees and orange groves. Although it was formerly known as a region with the Greek majority, it remained on the Turkish side as a result of agreements.

Lefke is a town located in the westernmost part of Northern Cyprus. The European University of Lefke is also here. This is the place where the famous Lefke Orange grows.

Add some adrenaline to your holiday! Take a stroll in the karting center close to Resort and enjoy victory in a competitive race! Safe and exciting entertainment for adults and children older than 7 years!

Fishing is recommended for those who want to relax. Cyprus is a real paradise for both experienced fishermen and beginners, where you can find roach, silver bream, mullet, sea bass, carp, tench, catfish and more than 260 fish species

Tractor safari is the perfect choice to see as much as possible, to visit the most hidden corners of the untouched nature of Northern Cyprus, to discover the history and traditions of the island, and to experience the speed and adventures of the tractor safari. The tractor safari is a fun and informative activity with the view of mountains, waterfalls, the sea, forests, the charming architecture of the old villages and the warm smiles of the hospitable Cypriots.

Add new colors to your holiday! The riding club opens its doors to children and adults. What can be more enjoyable than riding in the scenic view of the Mediterranean and mountainous regions? An amazing family tour will provide you with the thrilling experience of riding, hiking, feeding and caring horses.

A long time ago, scientists have discovered that even short-term communication with these noble animals can heal the soul and body and bring lively energy for new achievements

Catch the wind with the fascinating yacht tour! Discover the endless beauty of Cyprus from the comfortable yacht panel. You will be fascinated by the vast aqua blue sea and white sandy beaches, the magical atmosphere of sea caves and the glory of the medieval castles.

Don't forget to bring your swimsuit to enjoy the crystal-clear water in a relaxing bay. The yacht is well equipped for a safe and comfortable accommodation and offers a variety of excursions (group tours, private tours, events, parties, fishing)

Jet ski will give you the feeling of energy, speed, and freedom! You can enjoy jet skiing alone by the natural seaside or share the experience with a friend.

If you've always wondered what's going on underwater, we recommend you to explore the magical world of deep-sea with a SCUBA diving tour. SCUBA equipment allows the diver to breathe freely underwater and feel as a part of the underwater universe, discover a new face of life, and touch the magic of the water kingdom.

Have a great time with your friends! Paintball proves that there is a way of charging adrenaline and endorphin hormones. This is an active group game that allows you to shoot your opponents with paintballs using a pneumatic weapon, think and move quickly to leave the mark of victory on your opponent. Paintball is a fun game for everyone, regardless of gender or age, where you can use your skills, concentration, reaction, and tactics.